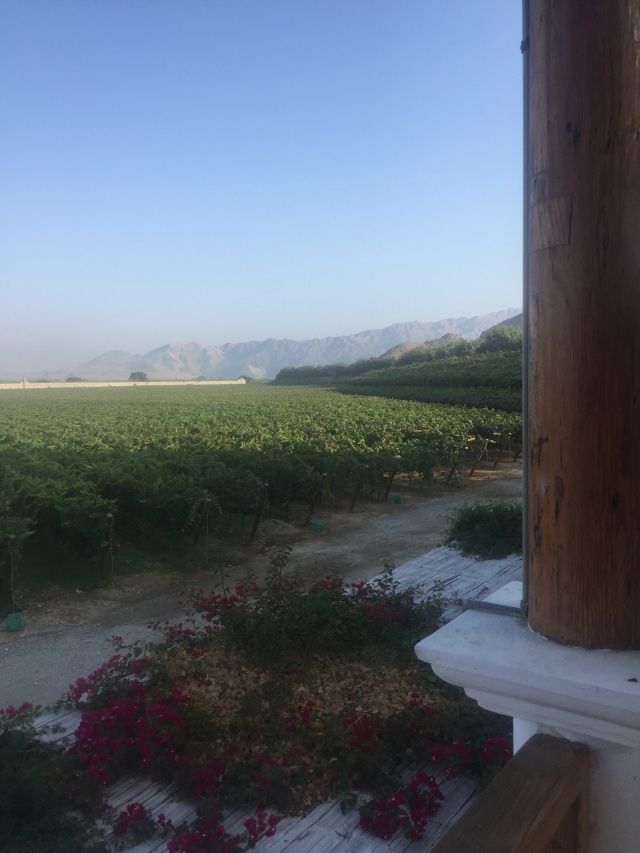 The story of Santiago Queirolo is worth retelling.

The family originally came from northern Italy in the late 19th century, founding a tavern in Pueblo Libre, a suburb of Lima. They imported and distributed speciality products from Italy, arguably introducing a lot of interesting food items to Lima and, ultimately, Peru. In the 1880s, the patriarch Don Santiago Queirolo started making Pisco and wine to supply the restaurant, with the fruit grown in nearby coastal valley. But demand for these products came from other establishments, so in1906 they made their first mass market wines, Borgoña and Vino de la Magdalena, both of which are still produced (side note – we tasted Borgoña at one point, it is a soft red, gently sweet and not too heavy, very much an entry wine for people who are not regular wine drinkers.)

The restaurant / tavern in Pueblo Libre is still incredibly busy, though a little out of the way from where we were based in San Isidro, so we did not make a special trip out to it.

In the 1960s, production outgrew their Lima base and the family established vineyard holdings in the Canete Valley, to the south of Lima. Canete remains an important centre of Pisco production, with a number of quality producers based there.

Santiago Queirolo’s largest processing facility is in Pachamac on the outskirts of Lima. While not the largest Pisco producer in Peru, they are a significant player in the market and establishing a reputation for high quality Pisco.

In 2000 the family made a strategic decision to develop a new estate for quality table wines and so in 2002 an estate in Ica Valley was acquired and planted.

The Santiago Queirolo resort is only a couple of kilometres from Tacama, closer to the east and south of Ica Valley.

This is an amazing place, with beautiful high vaulted rooms built in traditional Peruvian style, thick mudbrick walls with wooden skeleton. I imagine these lodgings would be cool in the heat of summer. 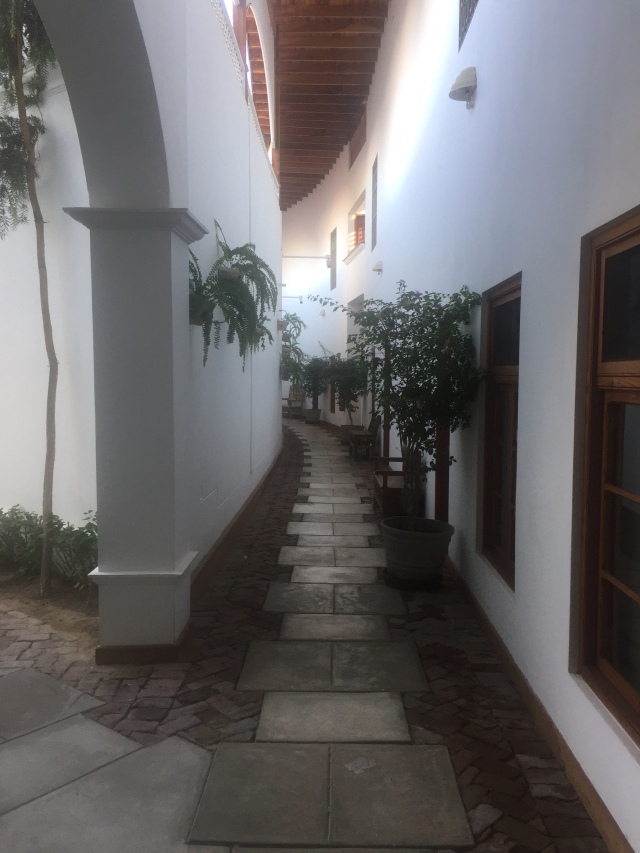 Originally built as a weekend retreat for the family, it was later decided to open up the complex to accommodation. However the devastating southern Peru earthquake in 2007 (which caused massive damage and loss of life in the city of Pisco) wrecked the main hotel. The decision was made to rebuild and even expand the resort further. So there are now two pools, several bars, a conference centre and a range of different room formats catering for various sized groups.

The restaurant literally overlooks the main vineyard block and there is a miniature winery on site, which was fermenting base wine for Pisco while we were there.

After checking in and shaking off the dust, we all piled into four wheel drives and took a drive up into the hills behind the resort. The company has been progressively developing these hillside plots and there is a lot of land still to be planted. It is very dry and shingly, quite steep in places, predominantly north facing slopes, but with lots of gullies and folds. The company has developed an expensive irrigation network amongst the contour plantings.

The fruit up here had not yet been harvested, so we got to taste some juicy, ripe Petit Verdot.

We stopped at a lookout area with a pergola and a view of the setting sun, along with a glass of one of Santiago Queirolo’s Charmat sparklings, a refreshing, light, semi sweet bubbly called Vals.

Growing on one of the pergolas at the lookout was Quebranta, one of the most famous varieties used in the making of Pisco.

Quebranta has huge bunches of fairly large berried grapes, but on the same bunch you can find berries that are completely green, while others may already be starting to raisin. The flavour of the grapes is very delicate, these are fairly large berries after all, faintly aromatic, and moderately sweet in the mouth.

After our toast to the spectacular Ica Valley, we went back down to the Resort for a formal tasting, followed by dinner.